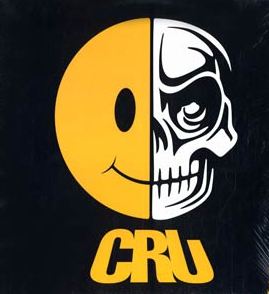 One of our dear readers and friends, Marcella posted on a previous article, a comment about Campus Crusade for Christ International (CCCI) .

With her permission I reprint and comment on it here.. but first I must make a few quick points.

2) DISCLAIMER:  Maybe you are one who trusted Christ as your Savior through that ministry. That is good. It is possible in spite of their erroneous message. However, we do not recommend CCCI or Cru at all.

3) FELLOWSHIP: CCCI has given high school and college students a place of fellowship.. but unfortunately it was not a fellowship in the True Gospel of Jesus Christ.

4) SALVATION: The original “salvation” message of Bill Bright and CCCI (especially on their tracts) was: The problem with mankind is that we have “put ourselves on the throne of our life.” Then their solution is to “take self off and put Jesus on the throne of our life.” That sounds almost like an early version of Lordship “salvation” doesn’t it? I hear that their more recent tracts have a slightly different message…

Here I quote Marcella’s note and then I will give my experiences with Bill Bright and with some dear friends, who came to Bible College having previously been steeped in Bill Bright’s “throne” message.

I’m afraid Campus Crusade for Christ has fallen away from the gospel. In early 2012, their new name will be “Cru.” It’s because people are offended by Christ in their name, so Campus Crusade is going for a short name that will appeal to people. Here’s what Campus Crusade says, “There’s only one reason we’d change. We want to do a better job of connecting people to God’s love and forgiveness. It’s all about helping people experience the good news that Jesus offers.” Removing Christ is sad, but it’s even more sad when He’s entirely removed from the gospel. It reminds me of the Emergent churches. If you don’t agree with Campus Crusade’s new name, be prepared to be banned! I used to support them, but stopped doing that a few years ago due to their law filled gospel. There’s much on the internet about Campus Crusade’s association with the charismatic movement and Roman Catholic Church.

In the late 1960s I became friends with several young men who, even though avid CCCI members, decided to attend Florida Bible College in Miami/Ft. Lauderdale, Florida. After being there for a semester they began to see the Truth of the Gospel and realized that through their affiliation with CCCI, they had learned and been preaching a false “gospel.” They were extremely excited to see and learn the Truth — that in order to be saved, one does not “take self off the throne and put Jesus on,” but simply trust Jesus Christ as one’s Savior. (John 3:16-18) They all became great soulwinners while in college and after.

At some time in the late 60’s or early 70’s, the usually very discerning President of the Bible College announced he was having Bill Bright visit the college for a series of speeches to the students.

At that time I sat on the Advisory Board of Florida Bible College and was an Elder in the affiliated Florida Bible Church. I was not happy about the President’s decision to invite Bill Bright. However I was pleased that those students who were former CCCI promoters were also very upset and disappointed that Bright was to speak to the student body  — because NOW they  realized the lie of CCCI.

I spoke with the President, expressing my concern, disbelief and sorrow that he would invite a person like Bright. I explained that Bright was a very appealing and charming speaker who would influence the students — but with a false “gospel” message. I felt he would mislead these young minds. I expressed my belief that he should cancel Bright. Shortly after, several of the former CCCI men formed a student committee and visited the President. They presented their case against Bright and CCCI, pleading that the President should cancel Bright’s visit. Thankfully, we were later notified that Bright would not be visiting or speaking at the Bible College. I must assume Bright’s motivation for visiting was to increase his influence and membership in CCCI. I applauded and thanked the President’s decision to cancel Bright.

A young friend, who trusted Christ as his Savior at an early age, joined CCCI while in college — against my advice. He cannot be convinced that their message is wrong. His ecumenical CCCI fellowship (sponsored by a Presbyterian church) included and accepted students from many different brands of un-Biblical “Christian” religions. They were taught NO Biblical doctrine nor discernment at all. Such is dangerous and it distresses me to see that.

We will appreciate your comments about CCCI/Cru or your experiences with them. Please comment whether you agree or disagree about their message as well as their determination to remove “Christ” from their name.