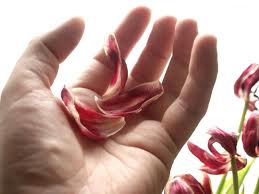 I appreciate this quote excerpt from a wonderful Blog friend. It is priceless… I have taken the liberty to emphasize some words and phrases.

Never allow anyone to deceive you into believing that God has placed an arbitrary limitation upon the efficacy of the blood of Christ, or that there are those who cannot repent [change their mind], even if they would, simply because God has deliberately placed them outside the scope of His redemptive purpose! This blasphemes the grace, the love and the integrity of God, and makes Him morally responsible for the unbelief of the unbeliever, for the impenitence of the impenitent, and saddles Him squarely with the guilt of the guilty as an aider and abettor of their sin.

Such is not the teaching of the Bible, for the Lord Jesus Christ made it abundantly clear that the reluctance is on man’s part, not on God’s!

Without freedom of choice it is equally impossible to obey or to disobey to be commended for the one or to be condemned for the other!

Some would have you believe that only those can obey the Gospel and accept Christ as their Saviour, to whom God has given the ability to obey as a purely arbitrary, mechanical act on His part, leaving no option in the matter to any individual either way! On the basis of this strange hypothesis, the fearful judgment of God is to fall upon those who have remained in their rebellious state of unbelief, only because they have been unable to exercise an ability to obey the Gospel, which only God can give, and which He has refused to give them! Needless to say, such an idea can only serve to bring the righteousness and judgment of God into contempt and disrepute.

The revelation that God has given to us by His Holy Spirit through the apostles is delightfully clear: “if any man sin, we have an advocate with the Father, Jesus Christ the righteous: And He is the propitiation for our sins: and not for ours only, but also for the sins of the whole world“ (I John 2:2); “Who gave himself a ransom for all“ (I Timothy 2:6); “... that He by the grace of God should taste death for every man” (Hebrews 2:9).

From: The Mystery of Godliness. Grand Rapids: Zondervan Publishing House. ©1964.